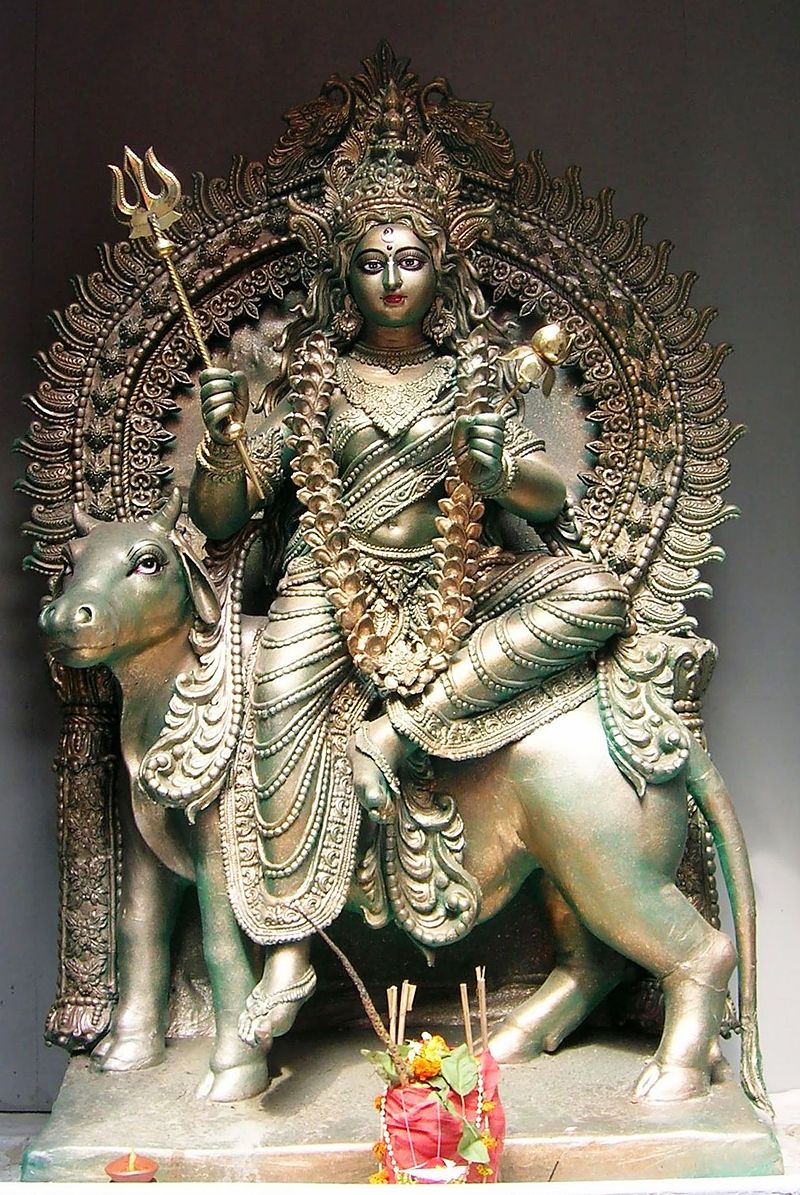 Throughout Navaratri, “the nine nights of the Goddess,” we celebrate the power of Shakti, the sacred dynamic feminine principle of divine energy. In my teacher’s tradition the first three nights are dedicated to Durga or Kali (followed by three nights to Lakshmi and three to Sarasvati).

In many places, nine different forms of Durga are worshiped throughout the nine days. In this tradition, the first day of Navaratri is dedicated Goddess in the form of Shailputri (a form of Durga), the “daughter of the mountains.” In the story of Shiva and Shakti, Shiva’s wife first incarnated as Sati, but Sati ended up sacrificing herself in a ceremonial fire because of her father’s (Daksha’s) disapproval of her husband. It was foretold that she would be born again to a father who respected the divine ascetic, and thus she reincarnated as Parvati, also called Hemavati (the daughter of Himavat, personification of the Himalayan mountains), or Shailputri (literally “daughter of the mountain”).

Shailputri rides a bull, Nandi, and carries a trisul (trident) and a lotus in her hands. She is ruled by the Moon and wears a crescent Moon on her forehead, just like her consort, Shiva. She is the mother of Kartikeya and Ganesha, and thus represents creative energy. She relates to the muladhara (root chakra), where we begin the journey of awakening the divine energy within, in the process of letting it rise into union with divine consciousness. It is good to concentrate on the root chakra today. Shailputri is thus a fitting goddess to worship for initiations and auspicious beginnings, and for the first day of Navaratri, as we are beginning the process of awakening Shakti. Devi’s color is red, which can be worn on all the nights of Navaratri, especially tonight.

Full Article on Navaratri 2017 and Dates