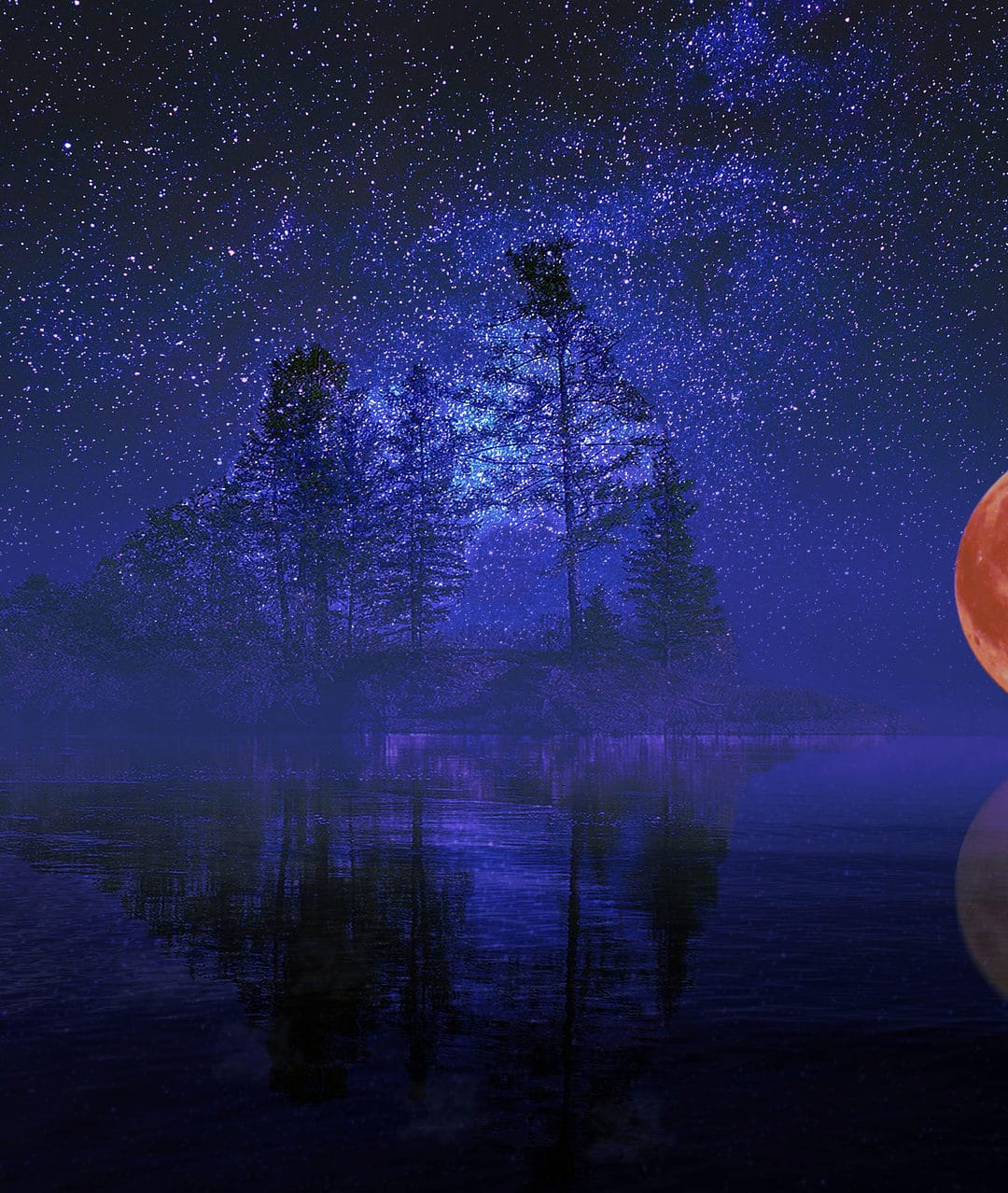 Has anyone else been feeling the tension mounting for the last week or two? My life generally feels pretty smooth, and thanks to my practice I am able to cope with the little waves and bumps that add more stress to life. But for some reason, when the eclipse seasons come around, I feel more distraught and like the challenges seem to come all at once and pile up. This is when daily meditation becomes extra important, and if I miss it I feel even more out of whack.

We’re in an eclipse window now, approaching a Total Lunar Eclipse on January 31st. The maximum eclipse is at 5:29 am PST (13:29 UT), with the full eclipse from 4:51 to 6:07 am. Check out time-and-date.com for a full visual of the eclipse path, and enter your local city to see what time it is happening there. This eclipse will be at least partially visible from all of North America, Australia, Asia, and the middle East, and parts of South America, Africa and Europe.

This eclipse is bringing added intensity due to the weighted alignment of planets in a kala saarpa yoga, with four planets joining the nodes, and the three others to one side of the nodal axis (see chart below). When the planets are aligned like this, more shadow work arises due to a prominence of the nodes. Eclipses have a similar affect, so right now we are having a double-dose of heavy nodal energy affecting the atmosphere.

This full Moon and nodal alignment is happening along the Capricorn-Cancer axis, with the full Moon peaking at 17 degrees sidereal Cancer, at 5:27 am PST, just before the maximum point of the eclipse. A full Moon in Cancer normally illuminates our emotional side, bringing our attention to the heart, and its open, compassionate potential. This is in contrast to the practical approach to life brought on by the Sun-in-Capricorn cycle, which began on January 16th.

During an lunar eclipse, however, the Earth passes directly in between the Sun and the Moon, and the Sun’s light is blocked from illuminating the Moon as it normally does at this phase of the lunar cycle. The Moon doesn’t go totally black, because some of the Sun’s rays bounce around the earth through the atmosphere, so the Moon instead takes on a greyish-to-reddish hue. Energetically, the Moon relates to our heart, emotions, and peace of mind. There can be an eerie feeling of disconnection to these around a lunar eclipse and during the time leading up to it.

This month, the intensified awareness of our emotional body may take on a slightly darker tone. The nodes are the shadow planets, the subconscious parts of ourselves that our usually invisible, but during an eclipse these shadows rise to the surface and show themselves. So with the full Moon in Cancer eclipsed, it’s likely that we will see the ways in which our emotional nature can lead us astray, where we open our boundaries too wide, or may simply experience emotions that we normally avoid facing. For those who have a strong connection to their Cancerian nature already, this could be a difficult time, where the floodgates are opened and feel overwhelming, yet a lot of confusion is present until the eclipse passes.

To cope with whatever challenges are arising, it’s best to lay low during the eclipse. It’s a great time for sadhana, calling forth your higher power, and being introspective and reflective. Whatever is coming up for you during (and before) this eclipse is like an Easter egg to point you towards something deeper in your being that requires your attention and work. 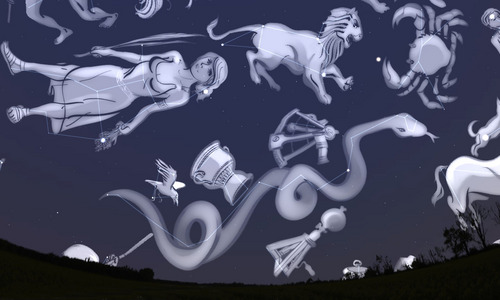 Within Cancer, this total lunar eclipse will occur in the Vedic nakshatra called Ashlesha, “the entwiner.” This nakshatra can be located in a ring of stars within the western constellation Hydra, the water-serpent. Ashlesha is represented by a coiled snake, and is ruled by the Nagas, the serpent deities of wisdom. This nakshatra has a lot to do with discovering what is coiled deep within, so an eclipse here has the potential to churn up some deep-seated emotions that have not been felt for a while. It also has the ability to stir kundalini, so if you are doing spiritual practices, be prepared for some possible strong waves of energy.

At the same time, the snake also contains a poisonous venom. Because of the intensity of this eclipse and the surrounding alignment, it is quite possible for some of what gets stirred up to have a toxic quality. Like other detoxification processes, however, it is sometimes necessary for the toxins to filter through the body after they are dislodged, before being released back to the earth. Drink lots of water following this eclipse, but Indian tradition says that it is best not to eat, drink, or be outside during the eclipse, lest we absorb more of its negative affects. With any difficulties that arise, offer them back to the divine Mother, and call upon the cleansing power of water to help you through.

The effects of the eclipse may continue through mid-February, when we have the second eclipse of this cycle, a partial solar eclipse, happening on February 15th. These eclipses will bring up challenges specifically in the areas of life indicated by Cancer and Capricorn in your Vedic natal chart. There is a Free Forecast for your Rising Sign available here. (If you are new to the mailing list, you will be directed to the link. If you are already on the mailing list, please check your inbox as you would have received this forecast a while ago.)