New Moon in the Galactic Center 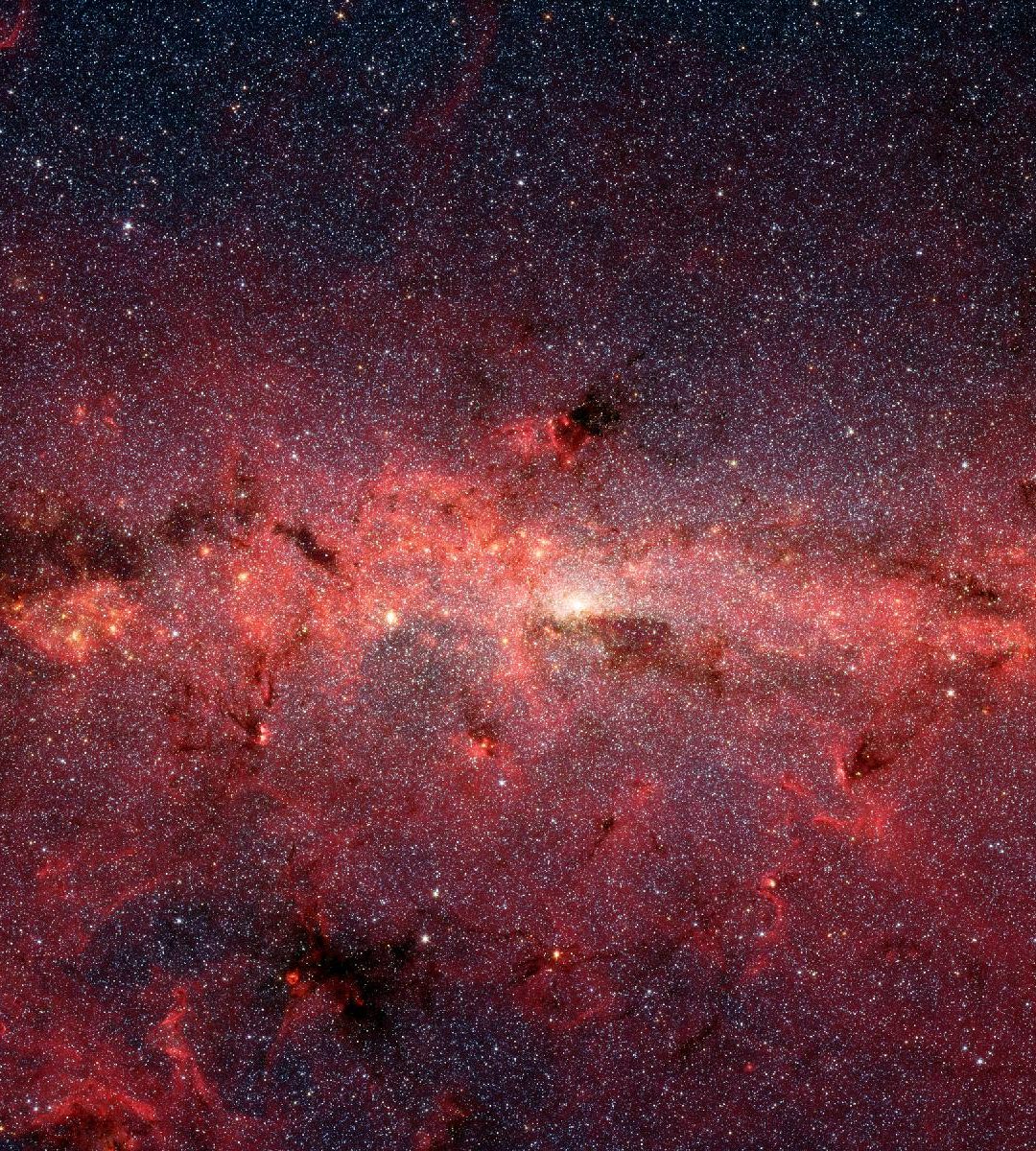 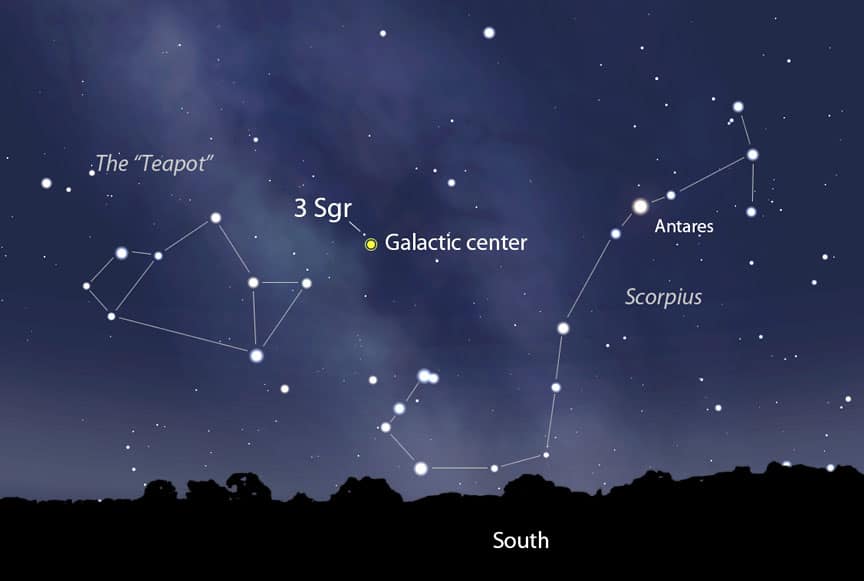 This Sunday, December 17th, we begin a new lunar cycle at 10:31 pm PST with the Sun, Moon, and Saturn aligning in early sidereal Sagittarius. This Sagittarius cycle will lead us into the new year, with the Moon reaching fullness on January 1st. The Sun and the Moon will come together at 2° of sidereal Sagittarius, aligned closely with Saturn at 5° and oriented towards the galactic center, and Mula nakshatra.

Sagittarius carries the energy of its ruling planet, Jupiter into action. It is a fire sign, and a masculine, or yang, sign, both qualities that help us to transform our inspiration, ideas, and beliefs into real actions in the world. Whatever principles, philosophies, or beliefs you hold, this month is a time to propel them forward and spread your inspiration to others. Jupiter is also joining with Mars at this time, adding a potency of power to our ability to move with righteous purpose.

Of course, a caveat to this is to watch against acting with blind faith, but to really dive into yourself and let your authentic personal faith shine through. Sun’s and Moon’s position in Mula nakshatra, and close to Saturn, will help with this. 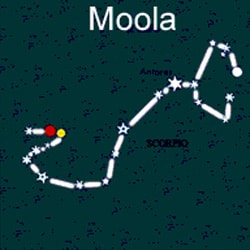 Mula (or Moola) nakshatra is the Vedic constellation which translates as “the root.” As the literal center of the galaxy (when we look past Mula, we are looking into the galactic center), planetary energy here compels us to find the deepest truth within ourselves, our beliefs, and everything. Planets here encourage us to be investigators, researching and probing until the deepest layers of truth are revealed. Though technically in the early degrees of Sagittarius, Mula aligns with the tail of the Scorpion, and brings up imagery of both poison and medicine, and the idea that poison can be medicine as it shocks us into transformation. The deity for this star is Nirritti, a dark form of Goddess Kali who relates to destruction and death.

As the Sun goes down on the night of the solstice (December 21st), we experience a little death, as the solar year ends and we await the new one to arise. This completes the cycle of the Sun from its northernmost course to its southernmost, and will be the shortest day of the year in the northern hemisphere, and the longest in the southern. This is a powerful night for going inward, being still, and practicing rituals for letting go of the past and what no longer serves.

Saturn’s conjunction with Sun and Moon adds a level of seriousness and fortitude to this powerful transitional cycle. Saturn, or Lord Shani, is the slowest-moving planet, and stimulates us to find more maturity and wisdom. He adds a weight of seriousness that reminds us that actions have consequences, and helps us to call forth our inner old wise person. We want this inner sage to weigh in as we probe our depths to see which our beliefs are worth supporting through effort and actions as we enter the new year. 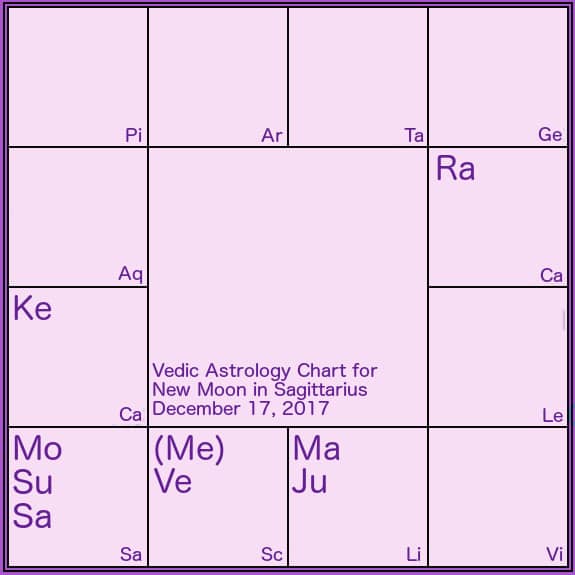 We enter our final lunar cycle of the year under a Kala Saarpa yoga, with all planets on one side of the nodal Rahu-Ketu axis in the sky. This increases the level of intensity in everything in our lives, especially around deep inner work that we are doing. Though we may not be comfortable with letting go of our accustomed mindset, the alignment of the planets now is primed for some big changes to take place, especially around philosophy, beliefs and ideas.

The final Kala Saarpa for this season will run from January 2nd through January 19th, after which time the Sun will have passed Ketu, and we’ll have another 6 months free from this bi-monthly cycle. These cycles will continue for roughly half the month during roughly half the year, until December 2019.

With so many planets so close together, we continue to have planetary wars this month as a number of planets cross within one degree of each other. Venus and Saturn come head to head from December 24th through 27th, bringing up some possible conflict between relationships and work, short-term desires and long-term goals. Mercury goes direct on December 23rd. January 4th through 8th, Jupiter and Mars engage in a planetary war, during which our animal instincts may seem to feel in conflict with our mentally held belief system.

The conflict among these planets will take form specifically in your life around the specific things each planet rules in your individual natal chart. We’ll also be entering a new eclipse cycle in January, with eclipses occurring in parts of the world on January 31st and February 15th (free forecast download at somyadevi.com if you haven’t received it yet!).

Be sure to stay on the list and watch for a new years’ cheat sheet with important dates for 2018!

Many blessings as we head into the New Year.