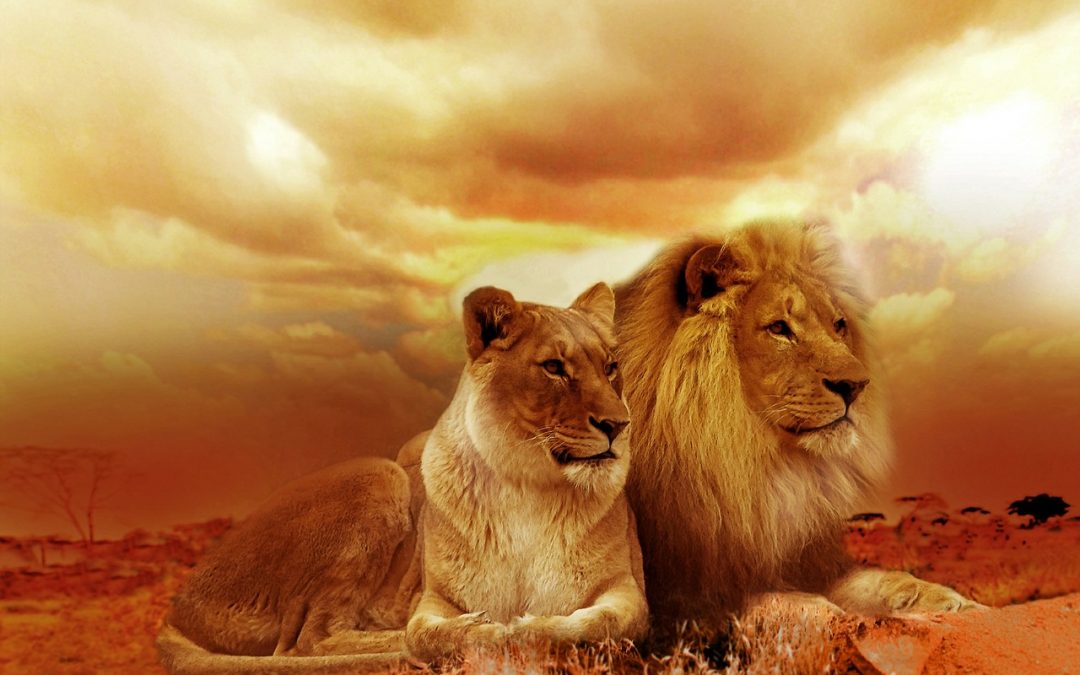 The Moon is now in the amavasya new Moon phase, waning to total darkness to begin a new lunar cycle tonight at 3:37 am PDT, on August 30th. The Sun and Moon join in sidereal Leo, with Venus, Mars and Mercury all nearby. Sun, Moon and Mercury align with the Vedic nakshatra Magha, “the mighty one,” while Mars and Venus are in Purva Phalguni.

A Leo cycle can bring us in touch with our own inner strength, as Leo is ruled by the Sun and is in essence the royal seat in the zodiac. The Sun’s hot rays work to burn off our impurities, moving us towards our own sattvic nature as is the nature of the Sun. With Mars, Mercury, and Venus all combust as we begin this cycle, Sun is the predominant force in the sky and his message reigns supreme.

His message may be telling you to step into your power and take responsibility over your “dominion.” It could be showing you where you’ve had enough — enough fighting, lusting, or intellectualizing — and need to align with the higher power within. A less intelligent outcome could be a greedy grasping for power, so watch that you pay attention to how you are wielding your energy.

Magha nakshatra is symbolized by the throne and spans the first 13°20’ of sidereal Leo. We can connect with the inner king of queen from here, and consider the ethics that come with regality. Magha is ruled by the Pitris, the ancestor deities, which indicates this is an important time to connect with your past lineage. The planetary ruler here is Ketu, which also brings in ties to the past and the subconscious. On this dark Moon night, open yourself to dive within and see if there is any inherited karma that is speaking to you or influencing your life now. 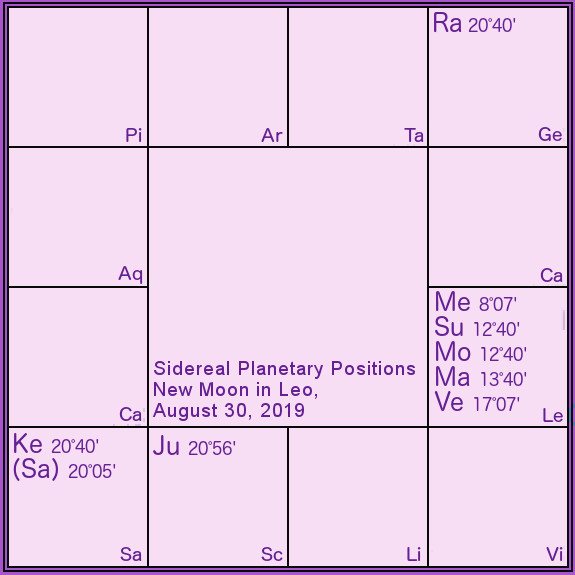 Mars is highly combust — one degree away from the Sun and Moon, while Venus is still slightly combust, within five degrees, and Mercury is within 4. This makes it a challenging time for achieving things ruled by these planets, so it’s not the most auspicious day for beginning new ventures in battles, love or learning.

Mars will be combust within 3 degrees of the Sun from August 24th through September 11th. From September 2-4 Mars and Mercury will go through a planetary war, while being combust at the same time (Mars being exact with the Sun on September 2nd). Again, not the most auspicious days to begin Mars- or Mercury-ruled projects. On September 9th Venus enters Virgo, his sign of debilitation. With Venus here the intellect rules over the desire-body, which can add a scrutinizing or business-like attitude to your romantic endeavors. Mercury and Venus enter a planetary war between September 11th and 15th.

Saturn and Ketu are coming closer and closer once again, for their third exact conjunction of this year on September 15th (two days after the next full Moon). A few days after that, Saturn will station and go direct on September 18th, while Ketu will continue in his ever-retrograde motion, and the two will finally begin to separate. The last six months may have brought particular challenges in the area of life shown by Sagittarius in your natal chart, or affected you deeply if you have Moon or other prominent placements there.

Jai Ganesha, creator and remover of obstacles! Ganesh Chaturthi will be celebrated on September 2nd, the 4th (chaturthi) waxing Moon phase (tithi) of this lunar cycle. This is an auspicious time to call on the elephant God (if you know him) to help clear a path in your life. Lord Ganesha is also associated with the planet Ketu, the ruler of Magha, where this lunar cycle begins. On Ganesh Chaturthi we can celebrate him through puja and prayer, and it is often customary to build a statue (out of natural clay), for our worship, and then release him into a body of water on the tenth day of prayer.

Personal readings are available and will help to explain how all of these alignments affect your chart and life in particular.