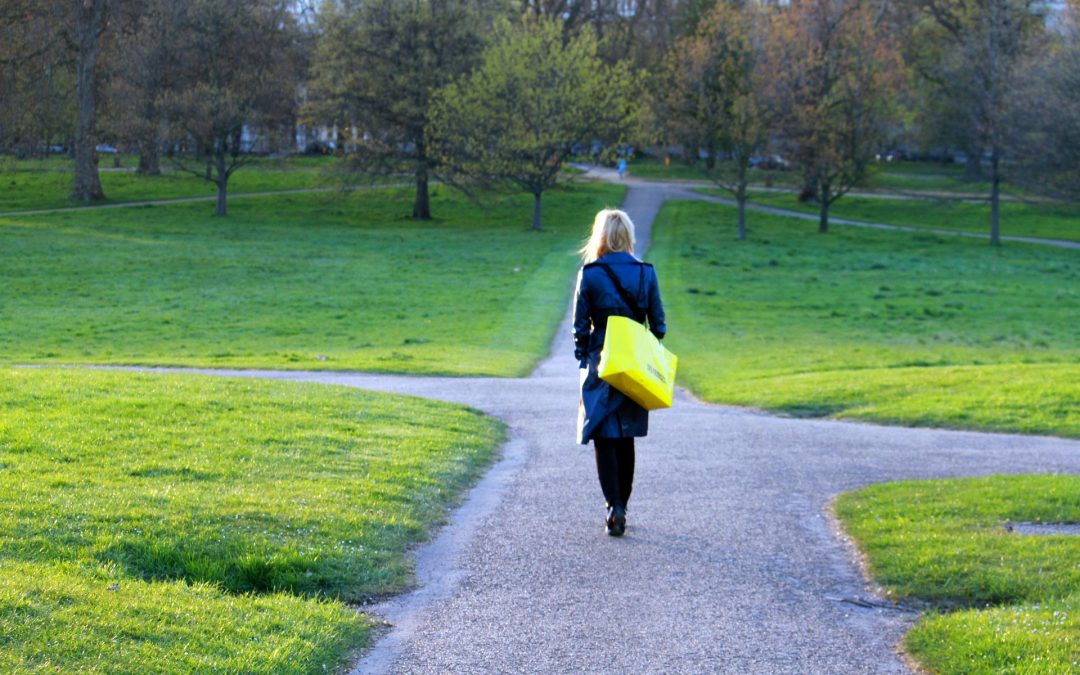 The full Moon peaks tonight at 3:45 am PT (early on Thursday, May 7th) in the nakshatra Vishaka near the end of sidereal Libra. This star is known as “the forked” branches which represent our finding ourselves at a crossroads where we must choose from two directions. In sidereal Libra, we are thinking strongly about balance and compromise, amidst an Aries Sun cycle that highlights individuality. In the coming week, we will see three planets head into Retrograde motion.

Libra or Tula is the sign of the scales, representing the need to weigh and balance things to achieve an equilibrium in our lives. It is ruled by Venus, who is currently strong from his sva position, transiting his own sign of Taurus. Venus compels us to lead with the heart’s desires, to find beauty and happiness over all else. This could be a welcomed influence this week as we have been so heavily under the influence of a strong Saturn and Mars for the last several weeks.

The Full Moon in Libra is opposite a strong, exalted Sun in Aries. This position began an Aries cycle for us on April 22nd. The Aries cycle highlights strength and individuality, but with its ruler Mars in conjunction with Saturn (in Capricorn) for the last six weeks, that individuality took on a much more disciplinarian (and literally isolated) tone. There has been a tight grip of discipline over society through this time (since March 22nd), which may be easing up somewhat now that Mars has moved out of Capricorn (May 4th). Saturn will continue to reign there for the next two years, however, which could keep an air of restriction over society through that time.

Vishaka nakshatra bridges the end of Libra and the very beginning of Scorpio. Known as “the forked one” it is often depicted by forked branches, showing the opportunity for growth by choosing one of two directions. Its rulers are Indra and Agni, the chief of the gods and fire personified, showing the great strength that comes once one of those directions is chosen. We can find a strong devotion under this Vishaka full Moon, if we choose to channel our energy towards our higher purpose. 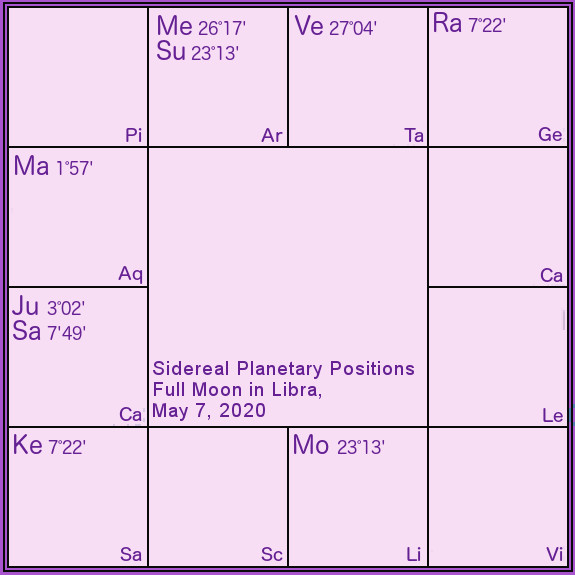 Over the next week three planets will appear to slow down and reverse direction, entering retrograde motion from our perspective here on earth: Saturn on May 10th (through September 28th), Venus on May 12th (through June 24th), and Jupiter on May 14th (through September 12th). Saturn and Jupiter are actually coming closer to the earth as they enter retrograde motion, and will be approaching their brightest in the sky when they are fully opposite the Sun in a couple of months (mid-way through their retrograde cycles). Retrogression actually lends a certain strength to planets because of this proximity and brightness, so it’s not all to be feared!

The qualities of these planets may become even more intense while we will experience their influence in a more inward manner during retrogression. Saturn, for example, has been teaching us about structure and discipline, and making tough decisions in favor of long term goals. This will continue as he goes through this period of retrogression in Capricorn, but we may begin to look more to ourselves for that discipline, rather than simply feeling burdened to it by the outside forces. With Mars moving out of Capricorn and rules loosening, for example, it is now on us to consider deeply what are the best decisions for our futures. Some sacrifices may be needed as Saturn teaches us about endurance, patience, and personal restriction.

With Jupiter brightening and approaching through his retrograde cycle, our ideas and ideals come under personal scrutiny. It can be an opportunity for our faith to brighten, while also giving us a chance to check in with our worldview in general. As the outside world is changing, is there room for our inner convictions to adapt?

Venus’s retrogression from May 12th through June 24th will cause him to remain in his own sign of Taurus for over four months, spanning from March 28th through July 31st. Under retrograde Venus we slow down and take a deep look at our most significant relationships, especially familial relationships as Venus transits the sign of Taurus. It’s often a time when we get a “blast from the past” and check in with or hear from people with whom we have not spoken for a long time. It’s also an important time to take a look at your intake, and how you relate with luxury and material things. Though these things can be favorable with Venus in Taurus, during retrogression you may notice that you have amassed more than you really need.

*Personal readings are back on but are limited. Click Here to Schedule Now